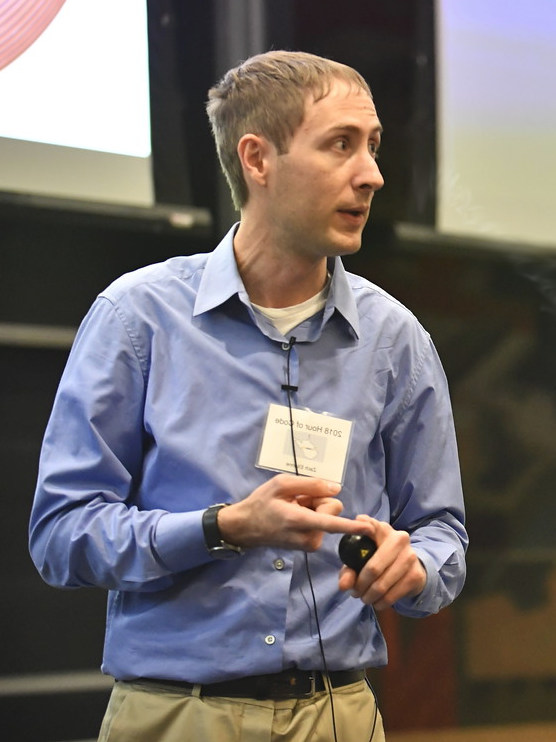 When a gravitational wave is observed, answering the question "What exactly produced this?" is crucial to advancing science. Inferring physical properties of even the simplest observed gravitational wave source-black hole binaries-requires catalogs of numerical relativity gravitational waveforms spanning all seven dimensions of intrinsic parameter space (i.e., mass ratio, plus the three spin vector components of each black hole). Due to the requirement that virtually all numerical relativity simulations to date be run on supercomputers, all such catalogs combined sample this parameter space to only about 3 points per dimension.

These tiny catalogs have been sufficient for noisy gravitational wave observations to date, as the noise acts to obscure the relatively small effects of misaligned spins, but they will not be good enough moving forward.

My BlackHoles@Home project aims to reduce the cost of numerical relativity black hole and neutron star binary simulations by ~100x, through adoption of numerical grids that fully exploit near-symmetries in these systems. With this cost savings, black hole binary merger simulations can be performed entirely on a consumer-grade desktop (or laptop) computer.

BlackHoles@Home is destined to run on the BOINC infrastructure (alongside many other great "@home" projects), enabling anyone with a computer to contribute to construction of the largest numerical relativity gravitational wave catalogs ever produced.

In the extreme violence of merger and mass accretion, compact objects like black holes and neutron stars launch some of the most luminous outbursts of electromagnetic, neutrino, and gravitational wave energy in the Universe. Modeling these systems realistically is a central problem in theoretical astrophysics, but has proven extremely challenging, requiring the development of numerical relativity codes that solve Einstein's equations for the spacetime, coupled to the equations of general relativistic (ideal) magnetohydrodynamics (GRMHD) for the magnetized fluids.

Over the past decade, the Numerical Relativity (ILNR) Group's dynamical-spacetime GRMHD code has proven itself as one of the most robust and reliable tools for theoretical modeling of such GRMHD phenomena. Despite the code's outstanding reputation, it was written "by experts and for experts" of the code, with a steep learning curve that would severely hinder community adoption if it were open-sourced.

IllinoisGRMHD is my open-source rewrite of the original closed-source GRMHD code of the ILNR Group, aimed at minimizing the learning curve, with the goal of facilitating community involvement in the code's development, as well as the minimization of human effort in generating new science. IllinoisGRMHD also saves computer time, generating roundoff-precision identical output to the original code on adaptive-mesh grids, but nearly twice as fast at scales of hundreds to thousands of processor cores.